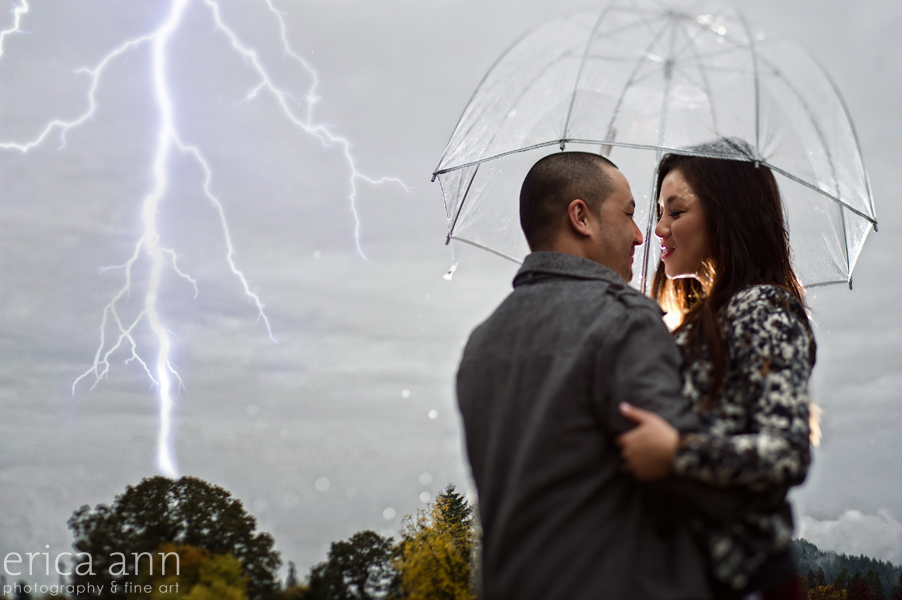 Meuy and Nai love that ethereal magic that happens when the fog rolls in and everything goes quiet. The only bummer about fog is that its really hard to catch. Rain, on other hand, isn’t quite as much of a challenge. So we settled for a snuggly rainy day photoshoot. We had just enough rain to have that beautiful diffused light but not quite enough to ruin all of my camera gear. So we were a go.

Oh, and I have to let you know, before you get too excited about this first shot, I am no Jim Garner. We didn’t actually have lighting this particular morning. I posted the original shot on facebook a couple weeks ago and one of Meuy’s friends said, “All it’s missing is a flash of lightening in the background”

I thought, yes, that empty sky is really boring. I thought it was about the nice romantic engaged couple sharing one umbrella. But I was wrong. What this image needs is some pop and sizzle. So, here it is. Is it too dramatic? Kinda fake? Totally awesome? You tell me. 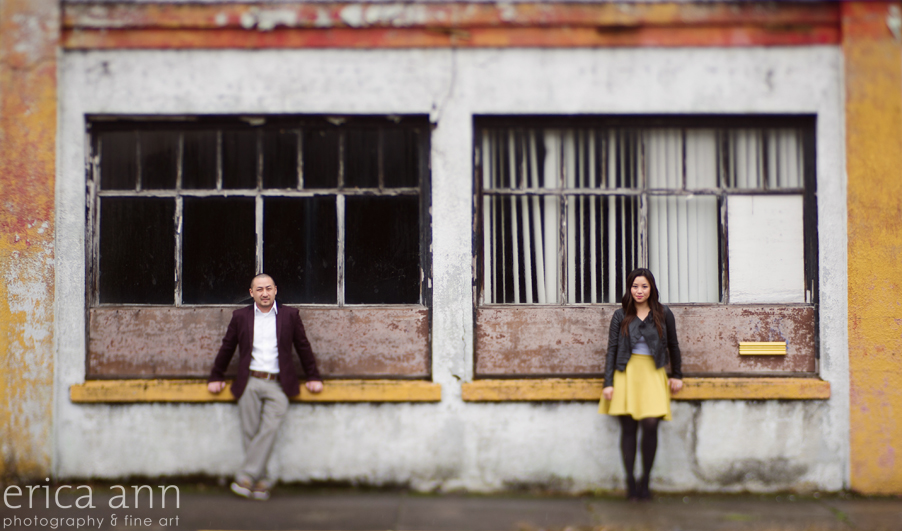 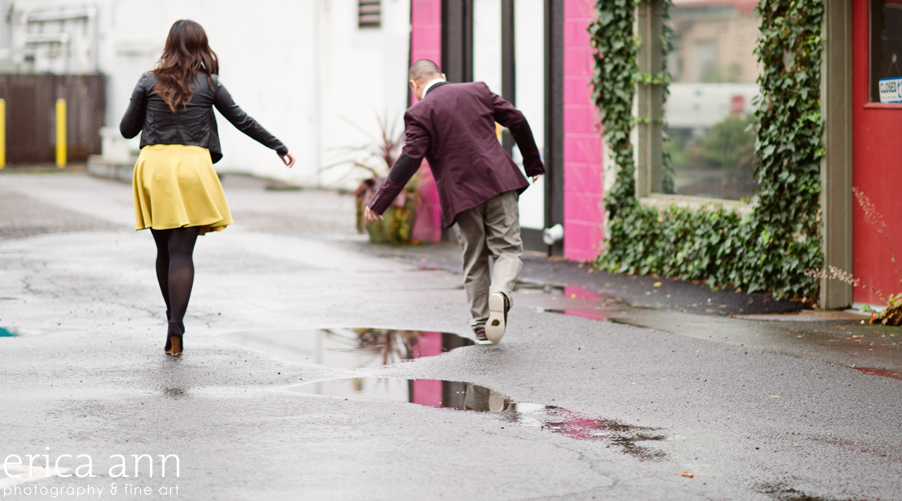 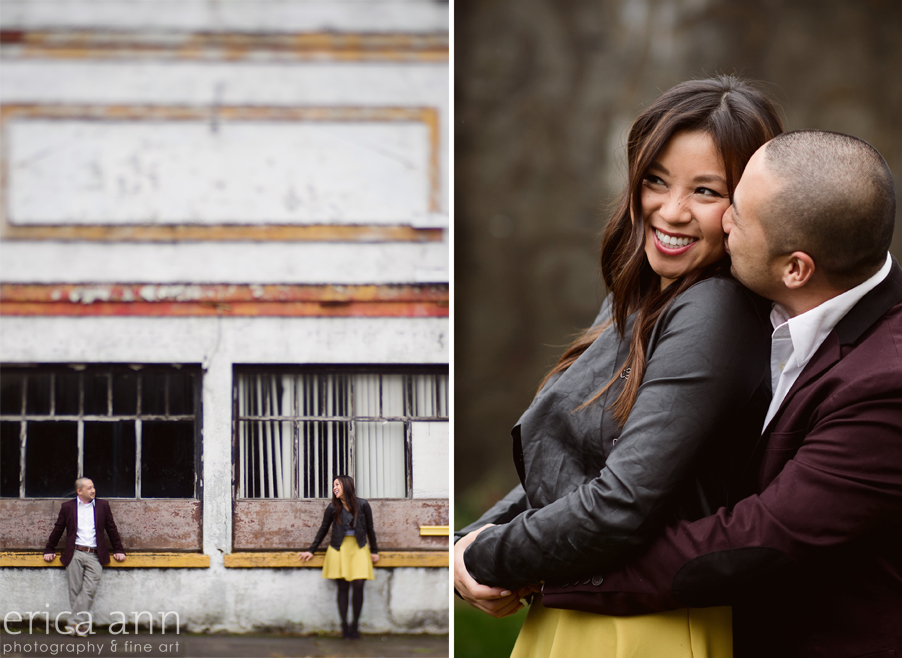 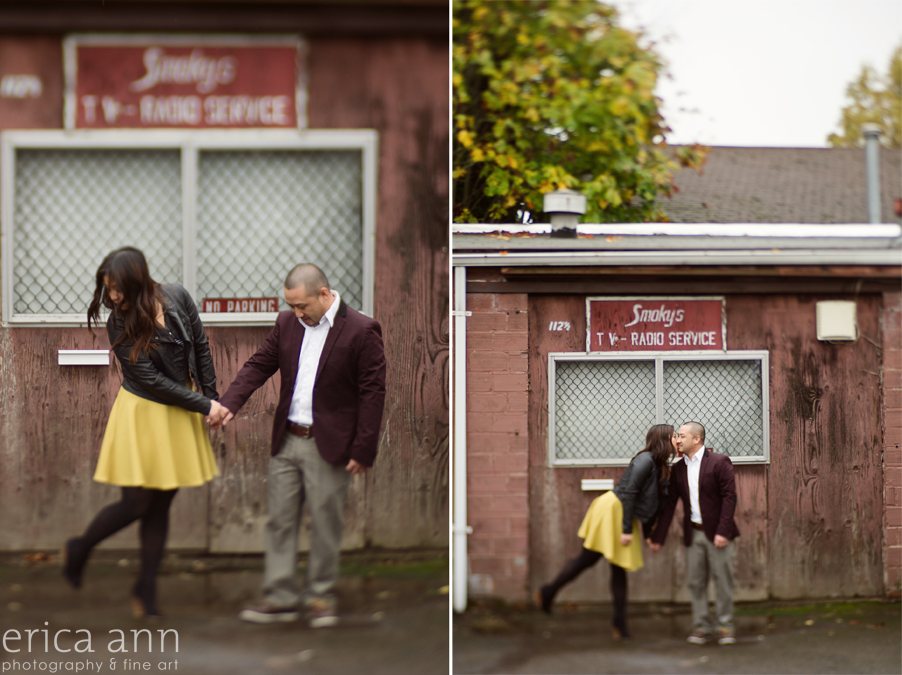 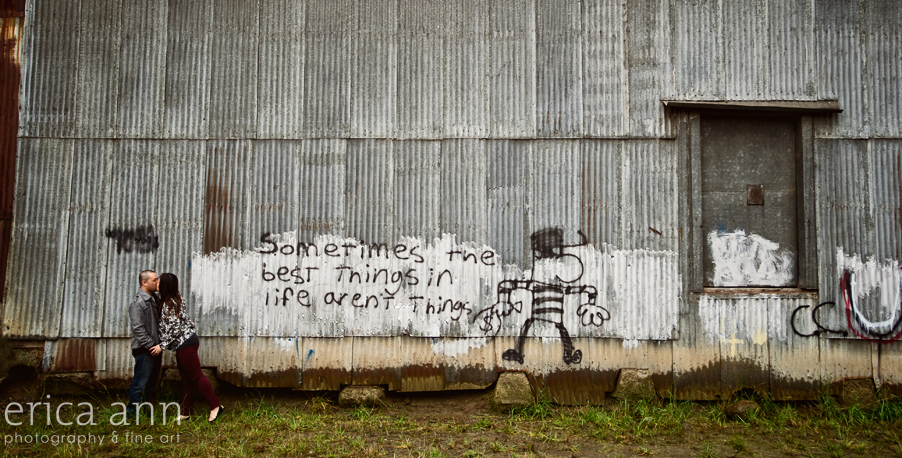 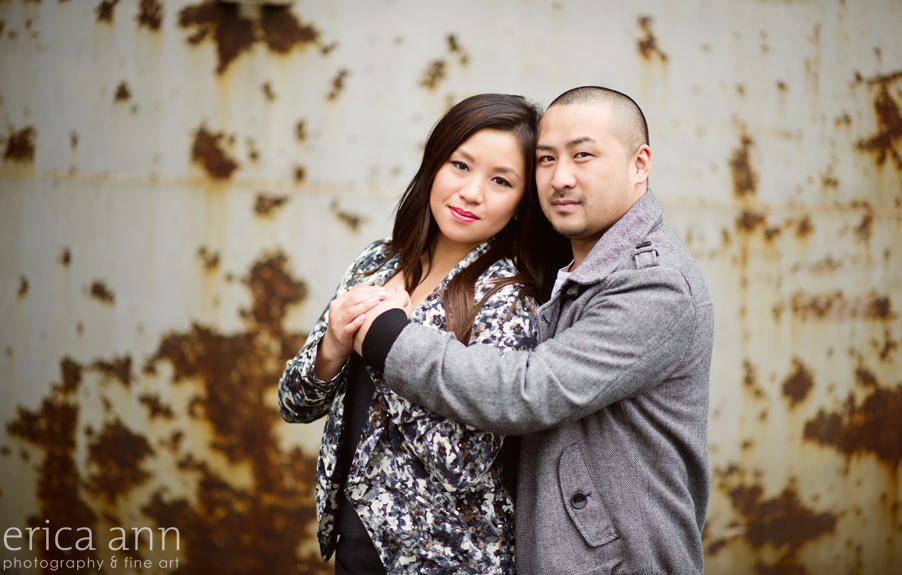 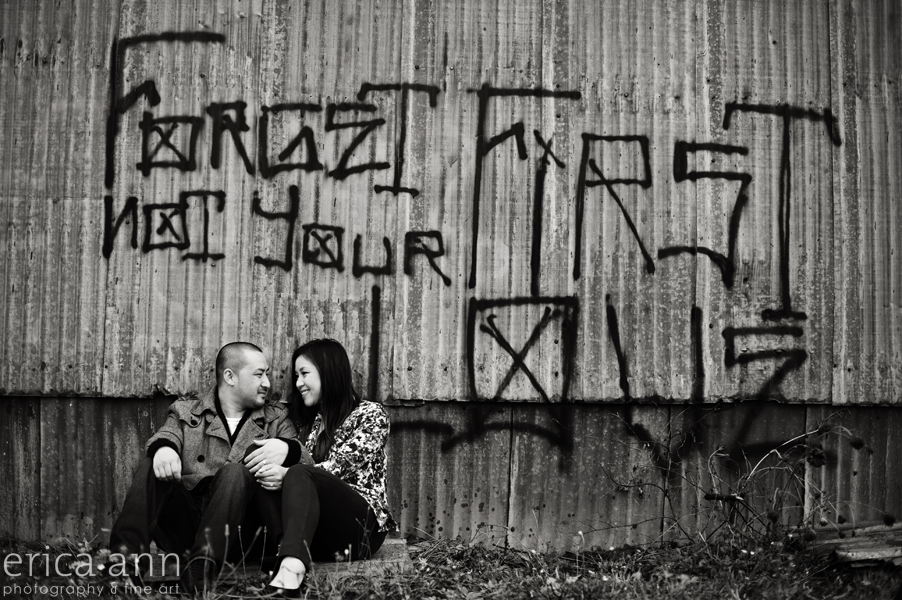 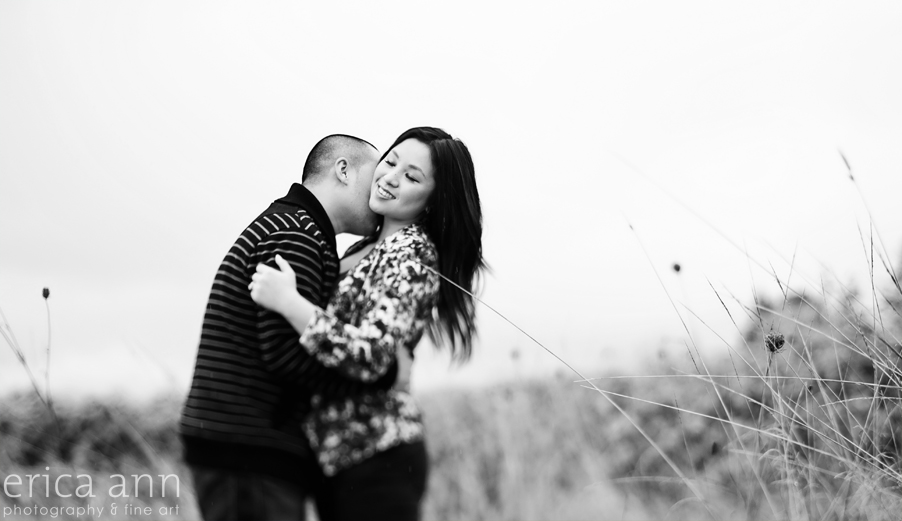 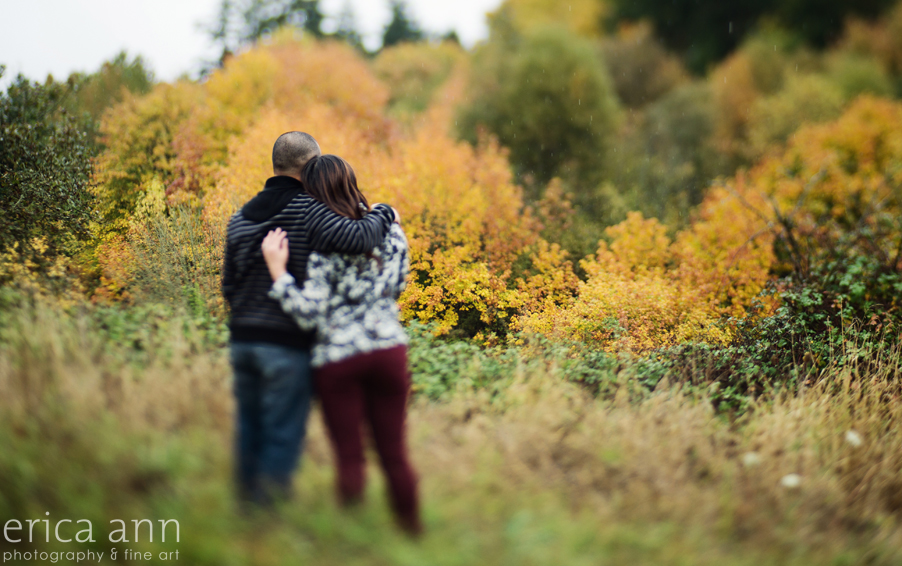 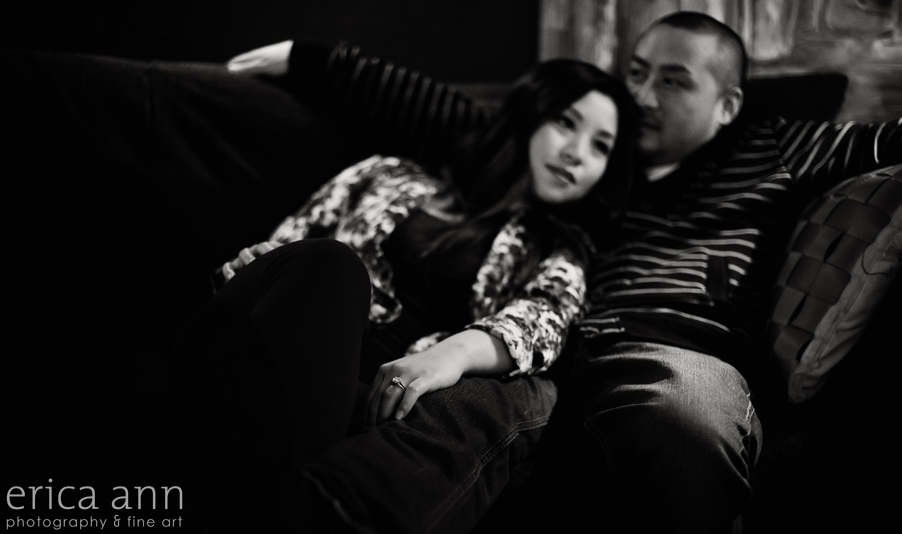 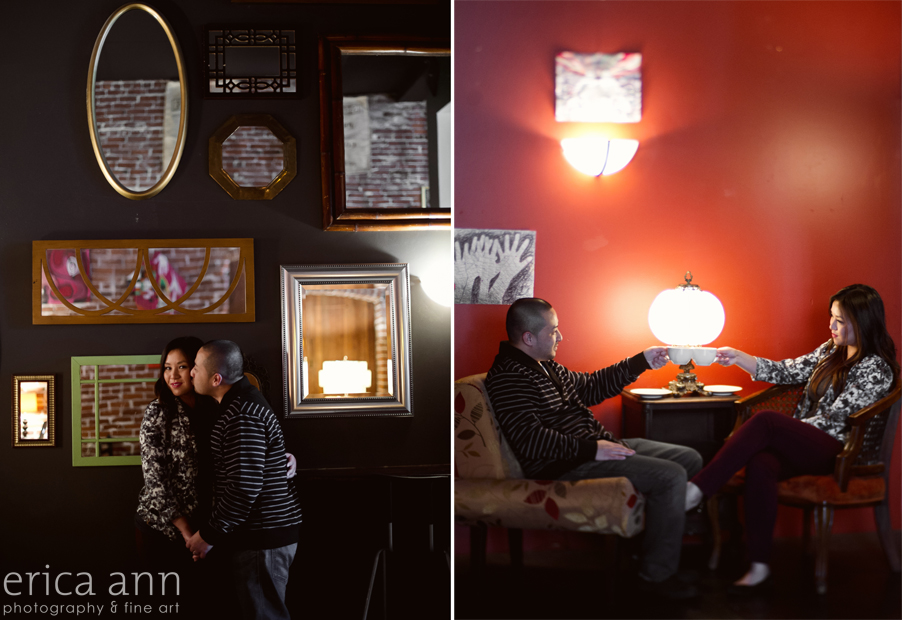 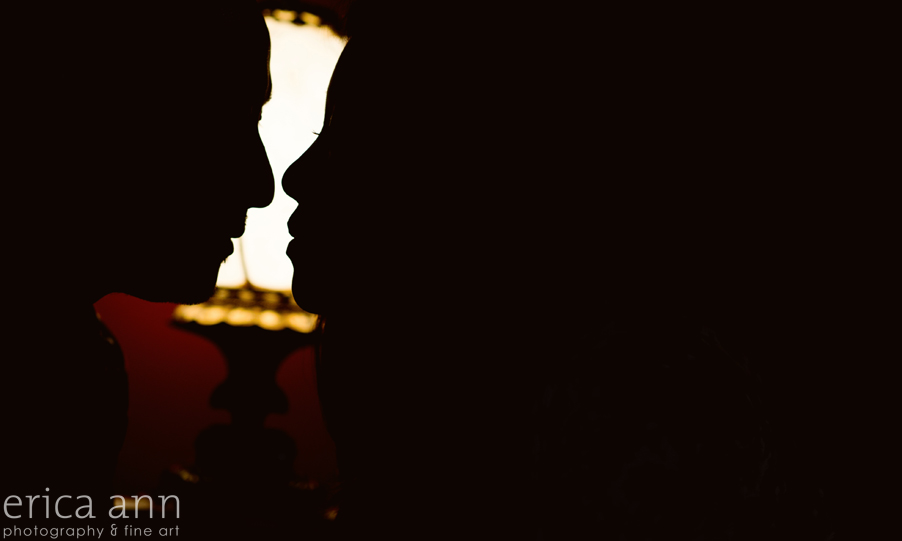 P.S. Just in case you’re wondering, no, I didn’t do any of that graffiti and its not photoshopped. Newberg just has some awesome street artists.

Engagement Session in SE Portland and on the Family Ranch! | Photographers of Portland – […] (In every sense of the word) We had to reschedule this engagement shoot a few times because of the delightful rain, and when we finally got a sunny day it was 90 degrees! But Erika and Marty (and Dieter) didn’t […]

Portland Art Museum – Meuy and Nai | Portland Wedding Photographer | erica ann photography | Blog – […] knew after Meuy and Nai’s engagement session that their wedding would be gorgeous and fun to photograph. They have a wonderful eye for style and […]