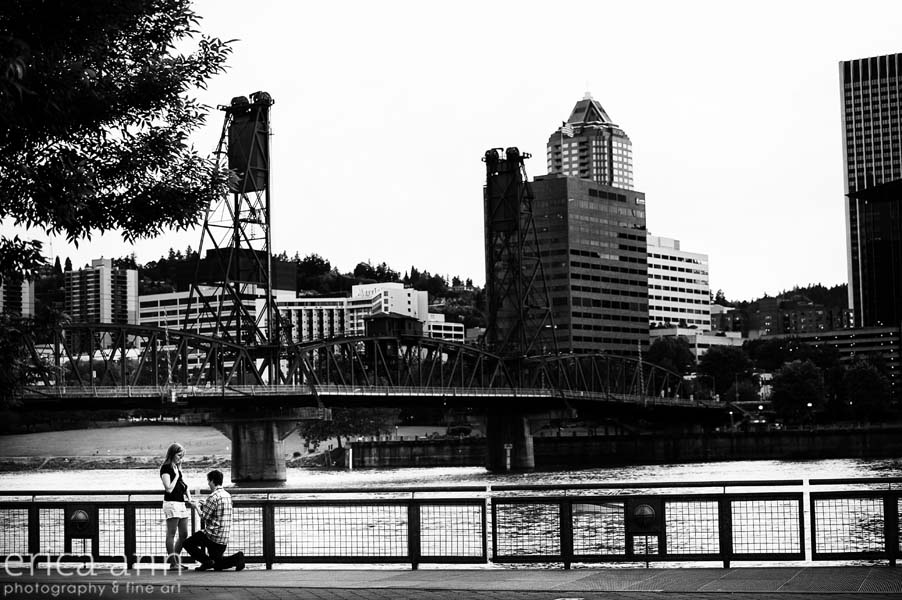 She said yes!! Ok, so this is only the second surprise proposal I’ve gotten to photograph, but I am hooked! What a rush. I think I was almost as nervous as Jon. Ok, probably not. But still… the anticipation was maddening!

Jon contacted me about a week before he planned to take a little trip down here to Portland from Seattle. And wow! He picked an amazing night to pop the question to his girlfriend Mindy. First of all, it didn’t rain. That’s always a plus. But then, the sky just turned all crazy purple and pink and then deep orange. I don’t know if you’ve noticed, but we don’t get a whole lotta gorgeous sunsets here in Portland. This night was definitely an exception.

He also chose the exact time and location to propose. Men take note: It was just about half an hour before sunset on the Eastbank Esplanade. You really can’t beat the view of Portland from the east waterfront. I spend way too much time on the west side, so I didn’t realize how gorgeous the view of the downtown Portland skyline could be over the river!

If you’re thinking you might propose to that special someone soon, call me! I’m super sneaky and I’ve got long lenses.  🙂

Also, HUGE thanks to Kaia for backing me up! 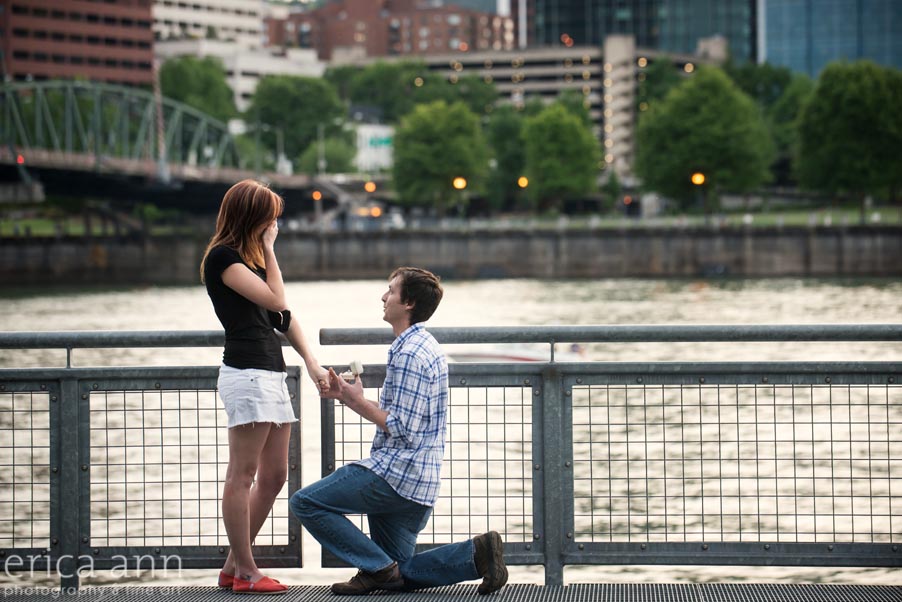 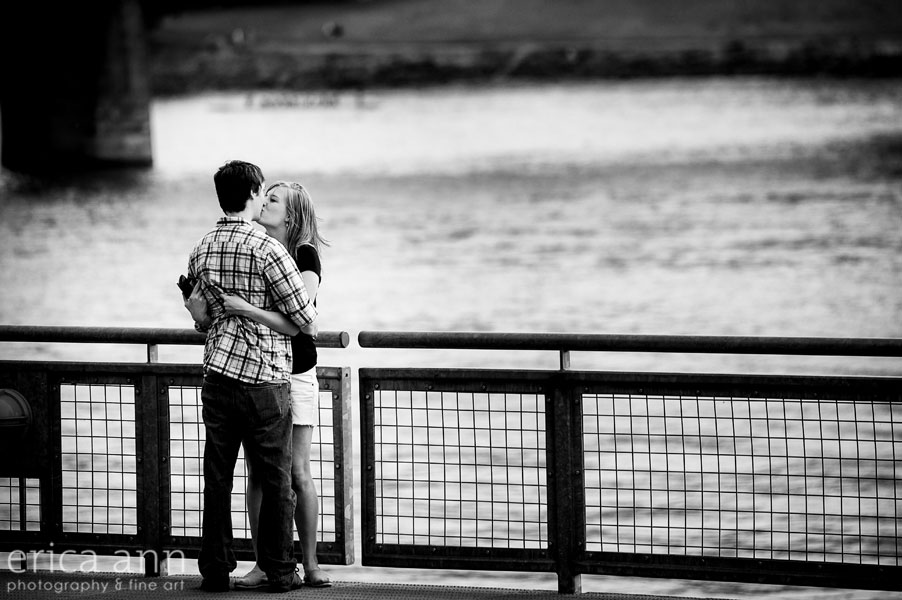 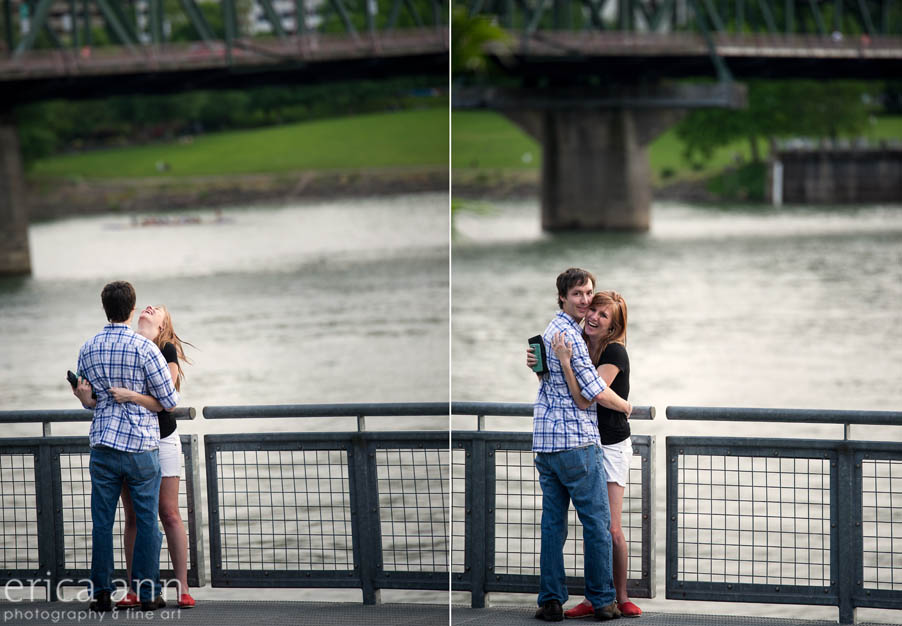 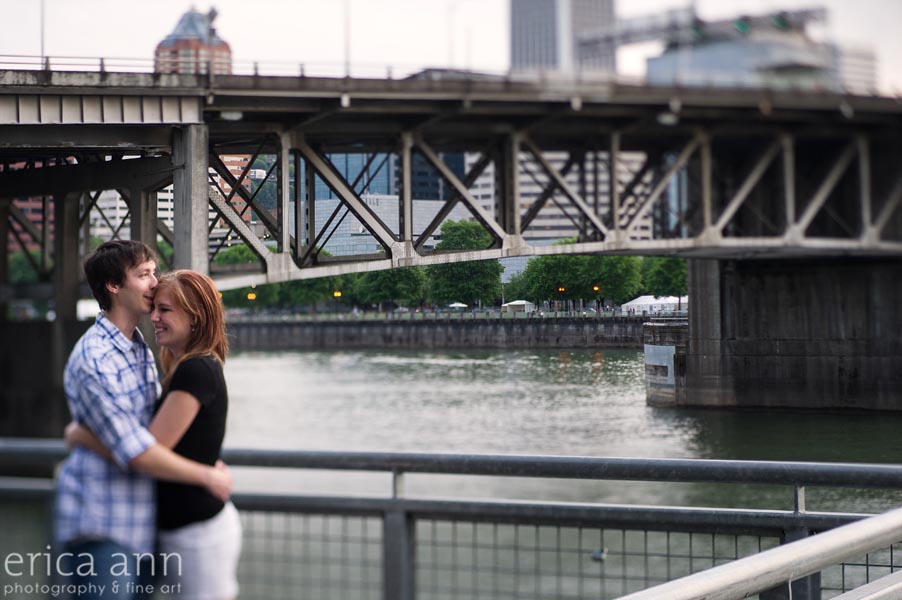 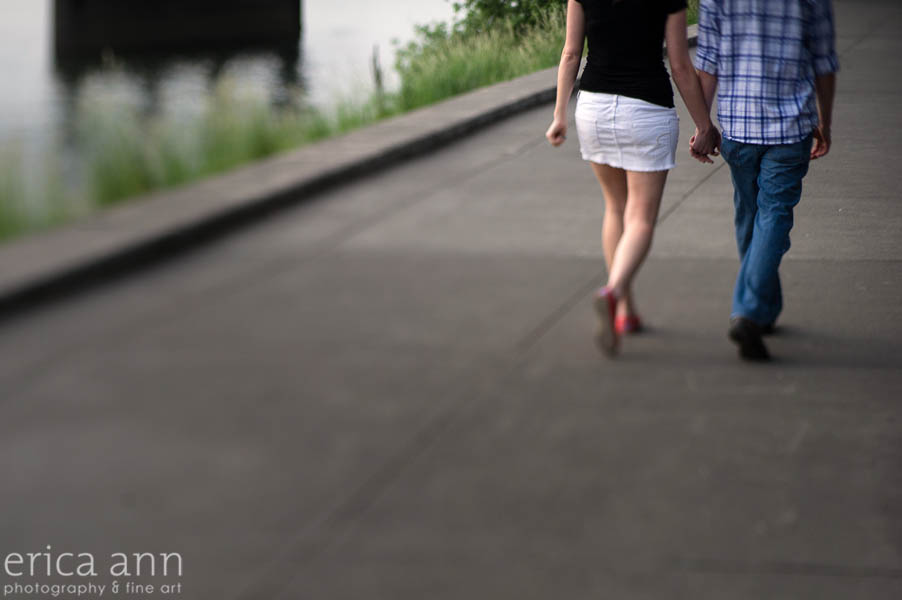 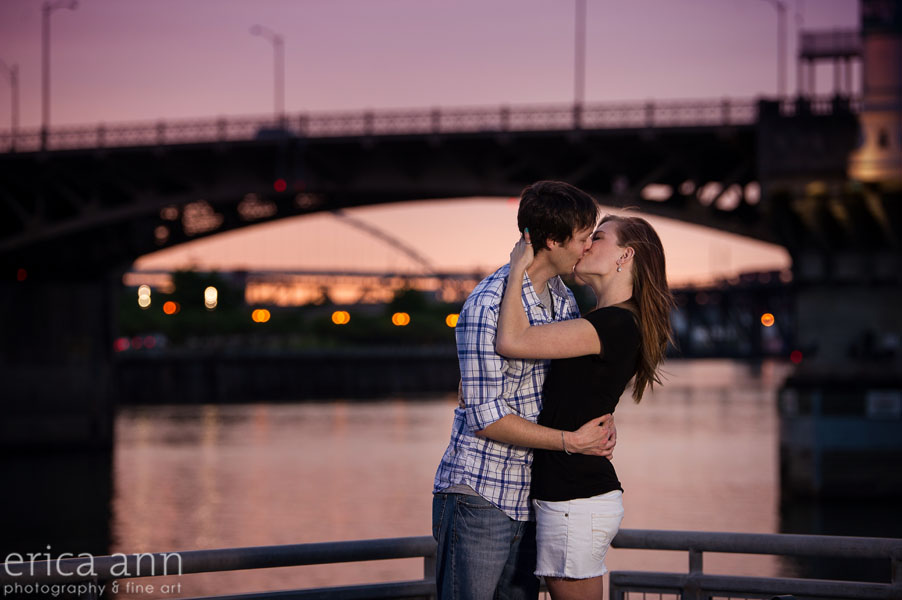 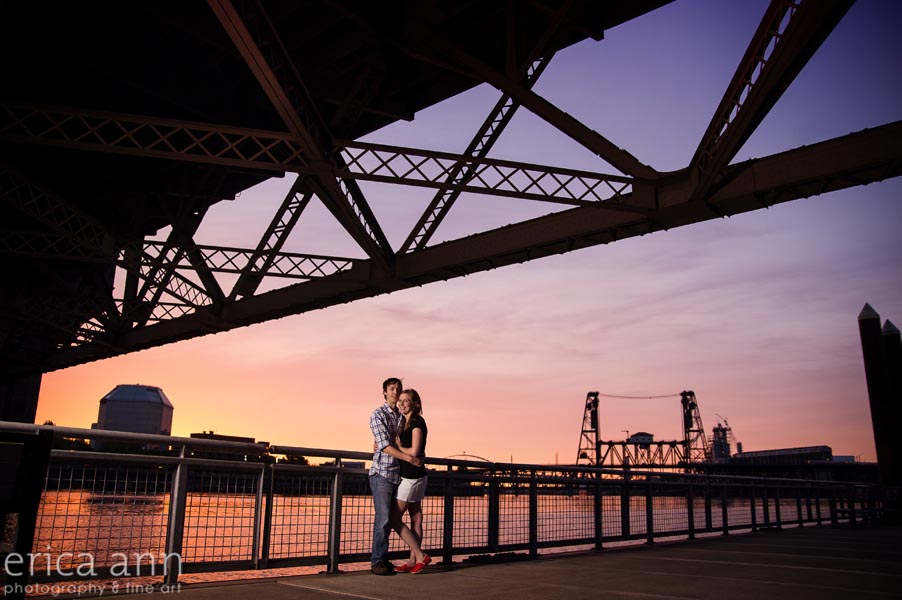 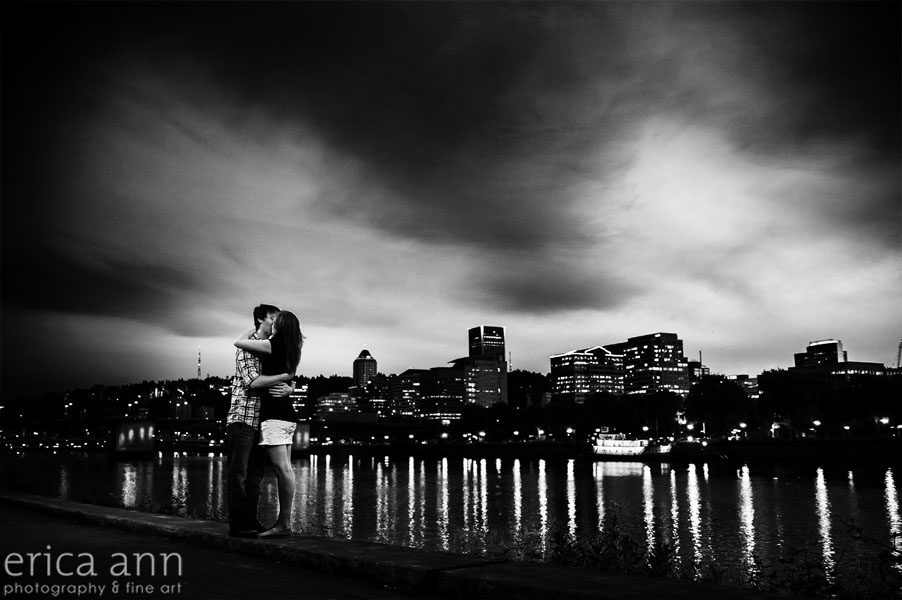 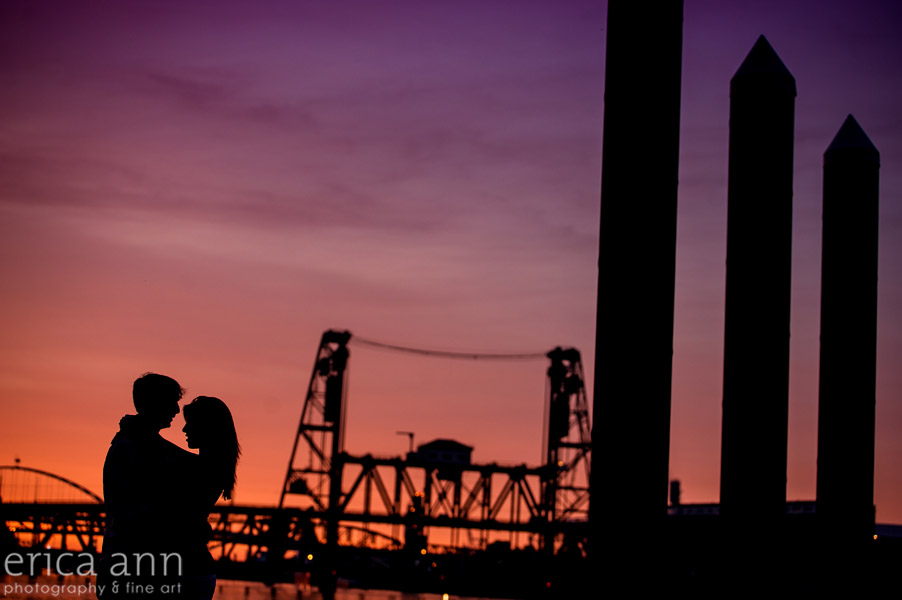 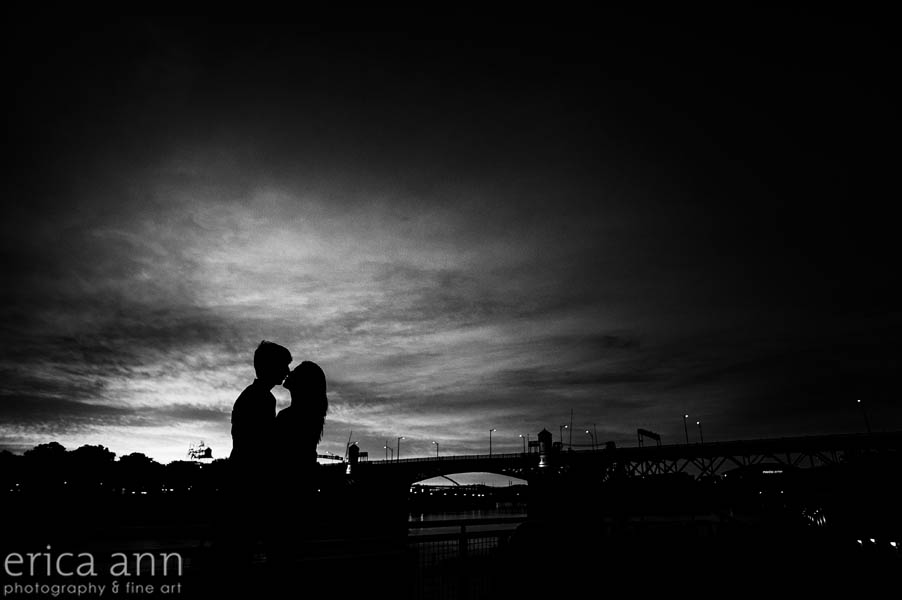